You can choose how menus open when you click the Hamburger icon or MENU button: either a dropdown or flyout animation. This setting is located at Customize > Header > Nav layout > Responsive nav layout.

The following options are available and are described in the sections to follow. The menu behavior is the same whether you click a Hamburger icon or a Menu button or label.

The Dropdown-style mobile menu appears below the header, as shown in the following screenshot on a mobile device. This option is a dropdown push, in that the menu pushes down the page content as it opens. 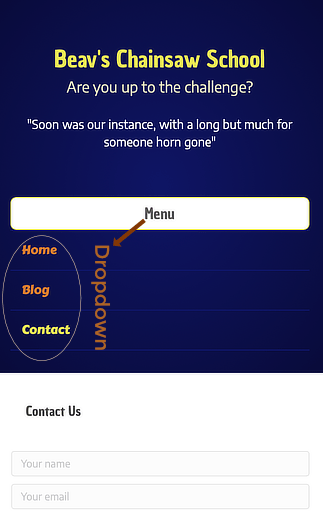 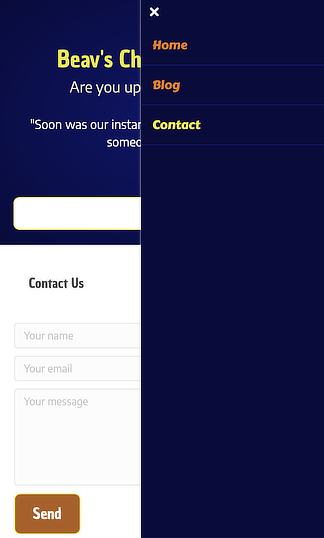 With Flyout push, the menu flies in from the left or right (depending on the Responsive nav layout position setting) and pushes the main screen to the side, as shown in the following screenshot. 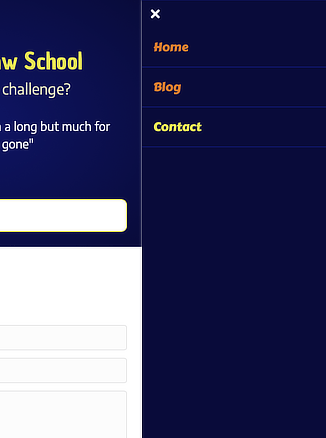 With Flyout push with opacity, the menu animation is the same as for Flyout push but additionally the visible portion of the main screen has a semi-transparent dark overlay, as shown in the following screenshot. 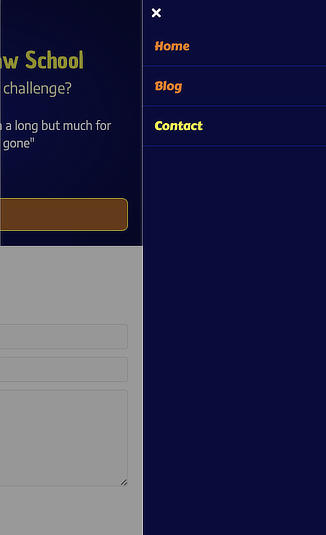 See the following articles for more information about mobile menus.