Any additional fields added to widgets using ACF will not show up in the Beaver Builder interface.

This is reported by a user, who was in contact with the developer:

This plugin works with Beaver Builder if both of the following conditions are met:

The Beaver Builder user interface is not functional if Automatically block scripts detected by the plugin is enabled and Primary Engine is selected.

Shortcodes from this plugin break Beaver Builder because document.write is used to render them. Everything else about this plugin should be fine.

The settings panel for Jetpack’s gallery widget doesn’t fully load in Beaver Builder because it is only coded to load in wp-admin/widgets.php and wp- admin/customizer.php. VideoPress calls admin-only code that breaks the media uploader on the front end.

If you have CSS Minify enabled in Page Optimization settings, then the Settings Panel can go fullscreen in responsive editing. A workaround is to exclude the builder. You can do that in the Tuning tab of Page Optimization. Scroll down to URI Excludes and enter ?fl_builder in the box and save and purge all caches.

Incorrectly loads in jQuery, causing a second version to be loaded which breaks many scripts on the page, including Beaver Builder scripts.

Currently coded to only work in wp-admin.

Timber is a plugin that enables the use of twig, a templating engine that eliminates the WordPress loop and allows for simpler code when creating templates. Given their names, you'd think that "Timber" and "Twig" would be a perfect match for "Beaver Builder," but they're incompatible.

The problem is that Timber doesn’t use the_content, which is the basic WordPress loop. This causes an incompatibility between Timber and any other plugin that relies on the WordPress loop.

If your theme allows it, calling the_post(); in your page.php file above the Timber code will enable the loop and allow Beaver Builder to function correctly.

If you use Cloudways with a multisite setup, their Varnish configuration causes issues with saving Beaver Builder settings. To fix this issue, either turn off Varnish or configure the Breeze plugin to automatically purge the Varnish cache.

This plugin with default settings breaks the BB Editor. The workaround is to navigate to the Exceptions tab in the plugin settings and change it from applying from the whole page (simply uncheck that setting)

However, you can solve the problem by adding the following line of code to the functions.php file in your child theme.

At the time this plugin was tested for this incompatibility (with WordPress 5.0.3), it hadn't been updated for two years.

Reported by a user in contact with the plugin developer, Beaver Builder works with WP Retina 2x Pro as of Version 5.4.1. Some earlier versions of this plugin conflicted with the Builder UI loading due to a fatal error.

Issue was posted on their support forums with no reply.

See the tips to test for a theme conflict.

Blox Theme is a fork of Headway. In recent releases, it prevents smooth scrolling in Beaver Builder from working. Version 1.01 of the theme is known to be compatible with smooth scrolling.

There are multiple incompatibilities, depending on the Cherry Framework theme being used. Of many issues, the one that cannot be fixed by Beaver Builder is a hardcoded script in header.php that interferes with Beaver Builder functions such as opening module settings.

Icelander Theme prior to Version 1.1.8​

Icelander Theme Version 1.1.8 or higher is compatible with both Beaver Builder plugin and Beaver Themer.

The module/row settings windows are blank with this theme active. It appears to be caused by one script. To fix it, try adding the code below to your child theme's functions.php , or incorporate it into a plugin if you know how to create one.

This CloudFlare feature can interfere with Beaver Builder when building sites, but it’s fine to turn it on after a site is finished.

When using the Javascript Embed Script option, the issue comes in when you have Form Stack load jQuery or jQuery UI. This conflicts with Beaver Builder when it loads the same version of jQuery that is loaded by WordPress. 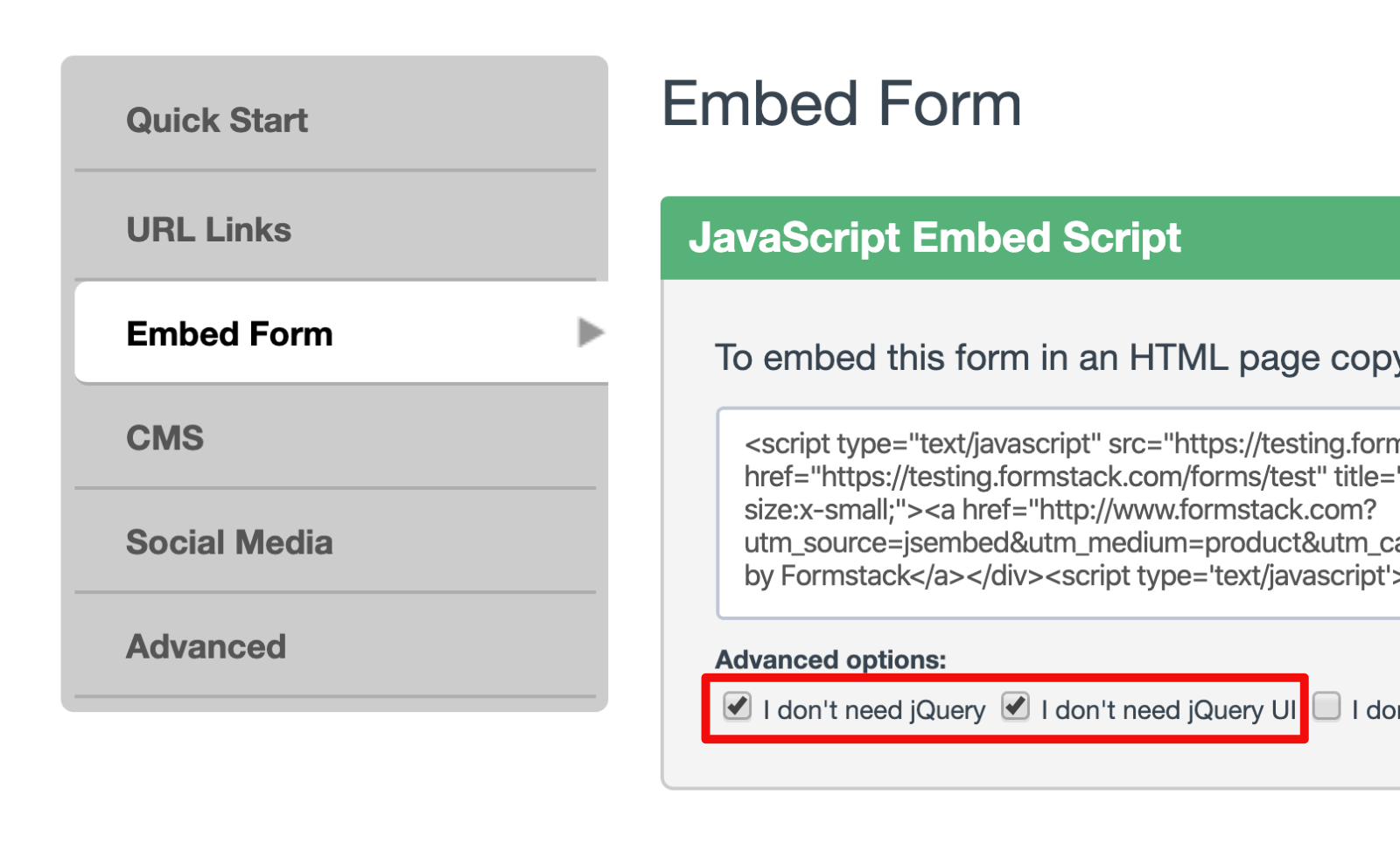 Google's Accelerated Mobile Pages (AMP) is an open source initiative to speed up mobile websites. It does not allow JavaScript except for the AMP Runtime and also has limits on HTML and CSS, so it's not compatible with Beaver Builder. If you want to know more about Google AMP, here is a fairly thorough discussion from the viewpoint of Google AMP's impact on JavaScript.

Some Beaver Builder users have reported success with getting Google AMP to work to posts, even with Themer layouts. This is a good question to ask on our forum.