Skip to main content
This is unreleased documentation for Beaver Builder Knowledge Base Next version.
For up-to-date documentation, see the latest version (stable).
Version: Next

In Beaver Builder, you cannot place rows within rows but you can construct complex column layouts within a single row, such as in the example in Figure 1.

Figure 1: An example of a complex column layout in one row 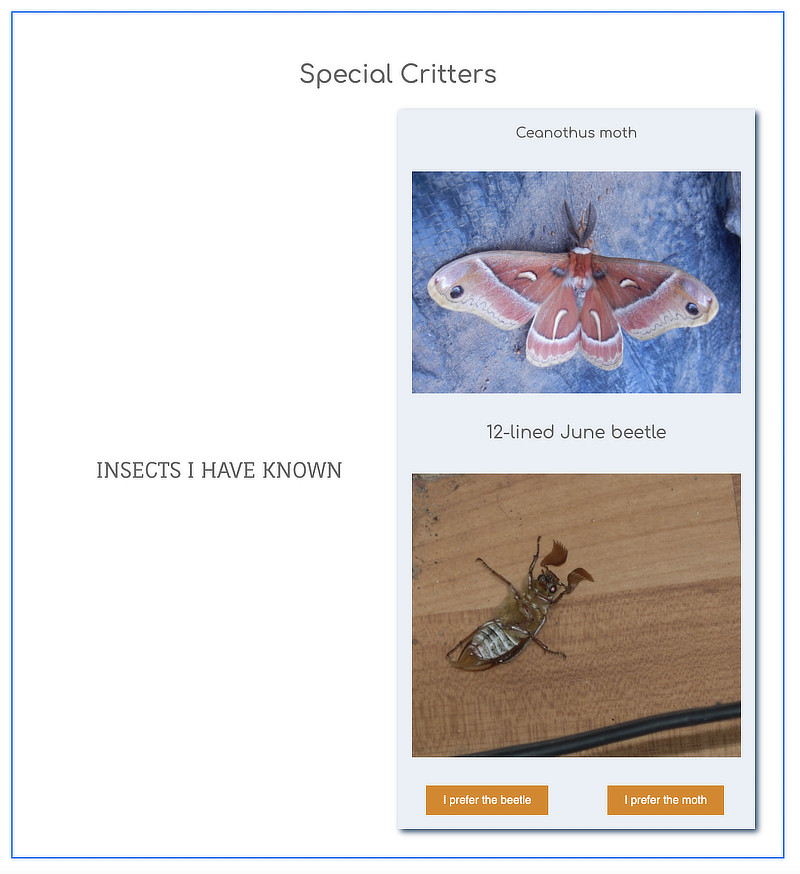 The Outline view for this layout, shown in Figure 2, shows one row with three main columns and two child columns. 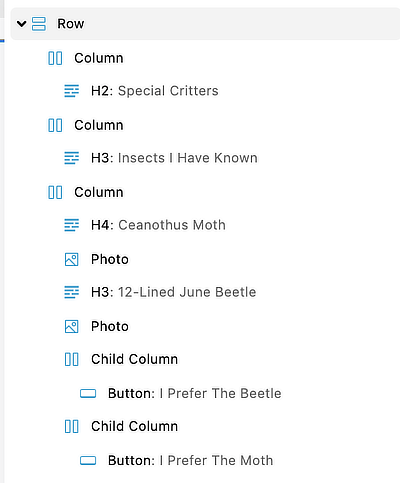 Here's a schematic view of how the columns in this example are grouped.

Figure 3: Schematic grouping of the column layout in Figure 1


Column groupings are not shown in the Outline panel but do appear in the hierarchical structure in the HTML output. Abstracting away from the actual code, the structure for the columns and modules in the example is as follows:

In the following sections, we describe some rules and limits for columns. Then we show how column layout affects column stacking at smaller screen widths and the ability to assign column backgrounds and borders.

You can often achieve layouts that look identical on a large screen but have different underlying column structure. There are two main reasons for preferring one layout over another:

Here's an example of layouts that look identical but produce different responsive results. Figure 4 shows a layout with four column groups in one row. The third and fourth column groups each have two columns. In this annotated screenshot, each column group is numbered and each column is marked with a blue dashed line. 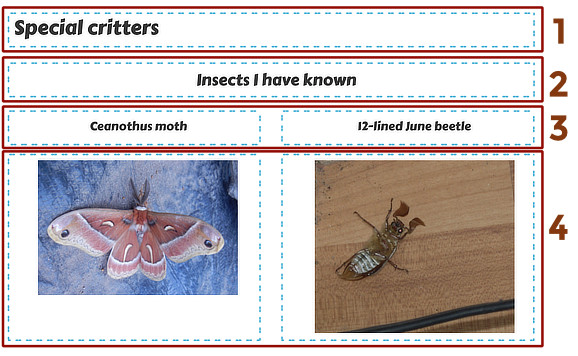 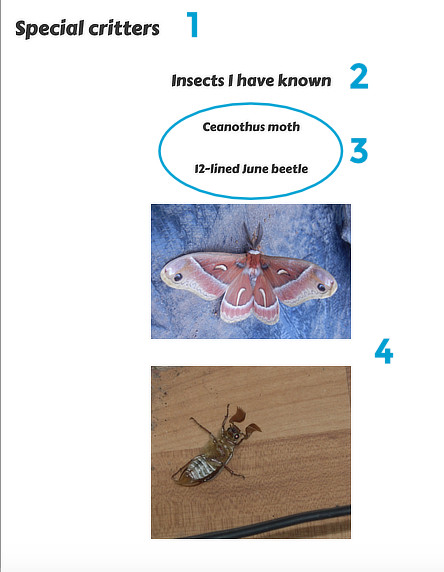 You can correct this problem by moving the two images into the third columnn group as child columns, shown in Figure 6. 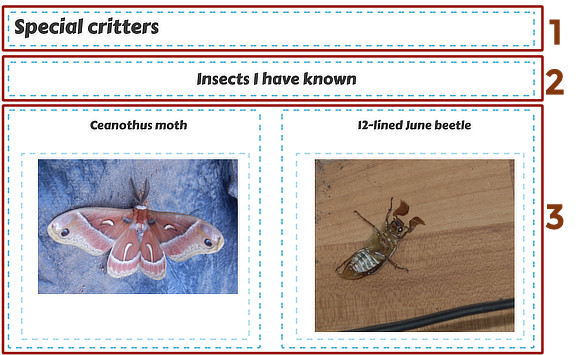 Now the columns are stacked correctly in mobile view: 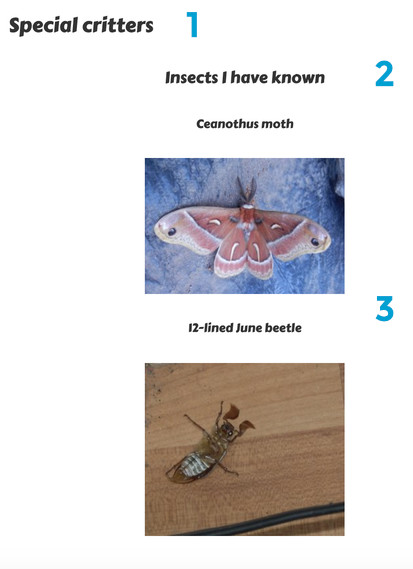 For details about how columns stack, or how to prevent stacking or reverse the stacking order, see the article about responsive columns.

Each main column and child column can have its own styling (backgrounds borders, margins and padding), but what if you want the style to apply to more than one column? There are two main solutions:

See the tip about determining structure and scope for existing columns.