The Part layout in Beaver Themer is used to display pieces of content in in various areas of the page outside the content area. For example, you could display a sale banner between the heading and the content area on particular pages of your site. In the screenshot, the Part layout contains a single row with a Heading module and Button module:

When the sale is over, simply turn off the Part layout at Beaver Buider > Themer layouts, and the sale banner disappears from view everywhere.

The Part-type layout has the same Location field as other Themer layouts, where you can specify which pages of your site on which you want the layout to appear.

The Part layout has an additional field called Position, where you can specify which location within a page the layout should occur. The following screenshot shows the list of positions available when the Beaver Builder Theme is installed: 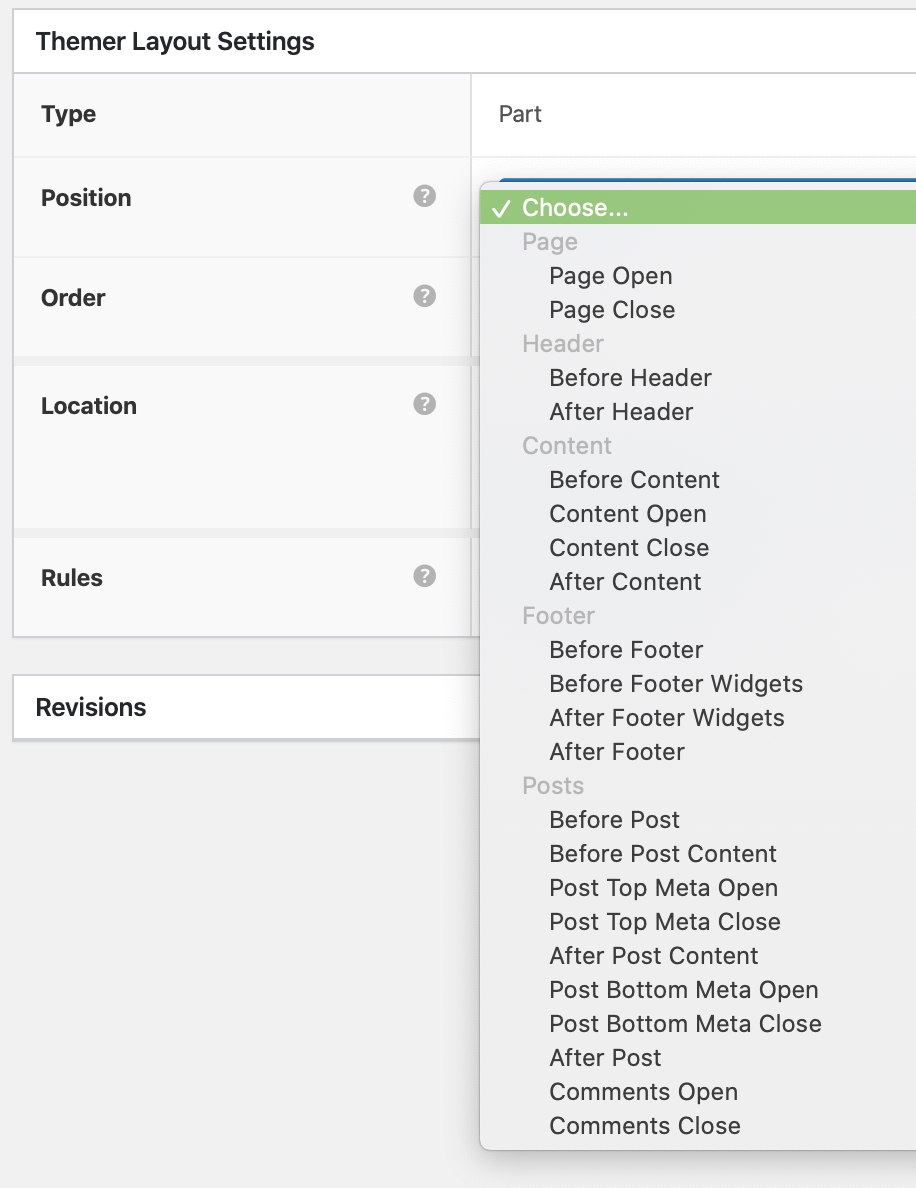 If you’re not sure which position to choose, check the Theme action reference for more information about where in the rendered page's HTML each position fires.

For example, if you've already built a banner on a regular page with Beaver Builder, you can save it as a template and then use it in a Part Themer layout in a number of new locations outside of the content area.